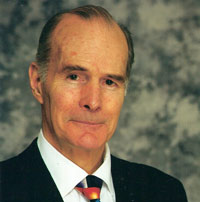 Roger E. Boswarva , Chairman & Founding Partner, is a management scientist and former Australian swimming champion who has spent more than five decades researching human ability and performance, developing methods for their improvement and enhancement, and delivering results for clients.

In 1968, in London, England, he founded Management Science Associates, specializing in executive and corporate performance enhancement.

In 1970 he also became a Director of Argen Information Services Ltd., an international consulting firm specializing in a spectrum of confidential services to the most prominent business leaders and corporations on a world-wide basis.

In 1970 Mr. Boswarva became a full member of the British Institute of Management. In 1972 he was elected a Fellow of the BIM which he retained until 1986, and delivered management seminars and executive and corporate performance training for both the BIM and the Management Center Europe based in Brussels.

In 1979 he established Argen, Inc. and Management Science Associates in the USA. The practice then had offices in London, Antwerp, Cologne, Hong Kong, New York; and affiliates in Rome, Monaco, and Melbourne.

In 1997 he incorporated Ability Consultants, Inc. as a division of Management Science Associates to specialize in ability and performance enhancement for executives and organizational teams, and select athletes.

As a champion swimmer in Australia, he was involved in performance enhancement research for athletes from 1952 to 1960.

He is a Certified Performance Technologist with the International Society for Performance Improvement.

Mr. Boswarva was published a number of times in European professional journals before he came to the United States. In 1980, his “An Analytical Survey of Industrial Relations”, was published by International Management Services, A.G. 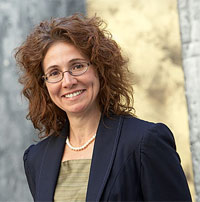 In 1997, she joined Mr. Boswarva in establishing Ability Consultants Inc. to specialize in ability and performance enhancement for executives and organizational teams.

Ms. Koenig is trained in the Montessori Method of education. An avid tutor, she has spent the last several years as a volunteer tutor with Literacy Partners, a not-for-profit organization serving adults who failed in the conventional educational system but who have realized a need to improve, become literate, and earn their GED.

Ms. Koenig was founding president of the New York Environs Chapter of the International Society for Performance Improvement, which position she assumed in 2001.